Tripod Beta: Guidance on using Tripod Beta in the investigation and analysis of incidents, accidents and business losses 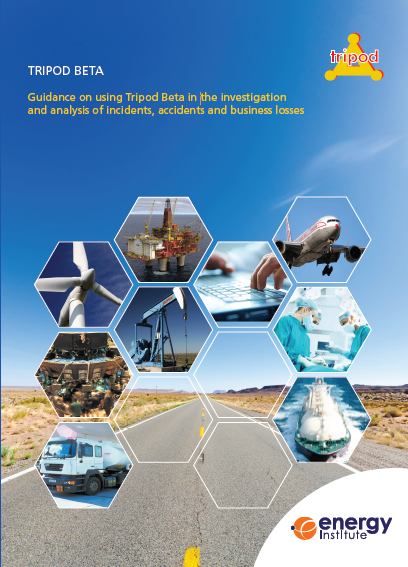 For users of version 5.0 and 5.01, a small number of changes have been made to the most recent version of Tripod Beta(version 5.1), predominantly to cross-reference the 2016 EI guidance Learning from incidents, accidents and events, as well as other resources.  A list of the most significant changes are as follows:

For users of version 5.0, a number of minor clarifications were made to v5.01:

What is Tripod Beta?

One element in these systems will be a process for incident investigation, analysis and reporting, the purpose of which is to identify why things went wrong so that they can be corrected and future losses and business interruptions prevented. The steps in this process start with initial fact finding followed by detailed investigation, testing and analysing facts and assumptions, and formulating corrective actions to improve the management system and organisational culture that allowed the incident to occur.

Developed in the early 1990s, Tripod Beta is an incident investigation and analysis methodology designed in line with the human behaviour model. It was explicitly created to help accident investigators model incidents in a way that allows them to understand the influencing environment and uncover the route organisational deficiencies that allowed that incident to happen. 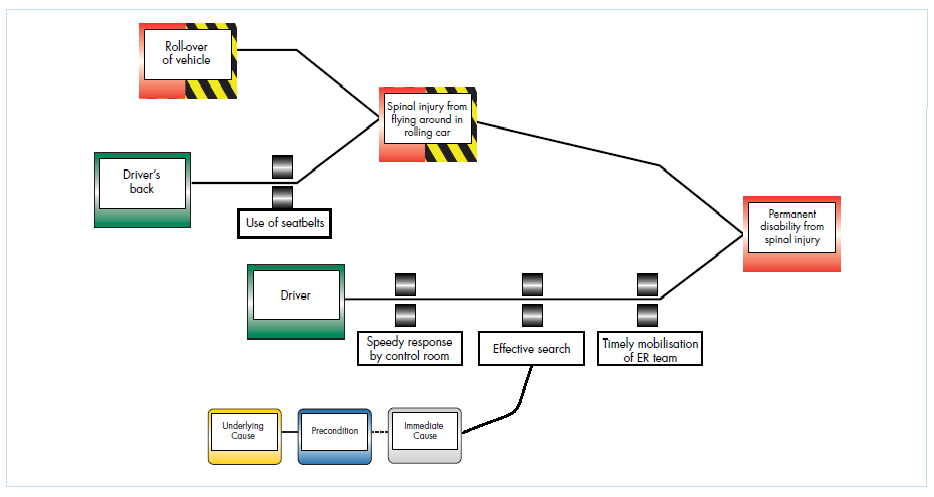 Using Tripod Beta, incident investigators model incidents in terms of: objects (something acted upon, such as a flammable substance or a piece of equipment), agents (something that acts upon objects, such as a person or a fire) and events (the result of an agent acting upon an object, such as an explosion). Working back from the 'main event' (the incident), this allows us to understand fully what happened and how an incident happened.

To understand why the incident happened, the next step is to determine what barriers where in place to prevent those objects and agents acting in the way they did and why they failed. Tripod Beta teaches us to look at the immediate causes of either the act that led to the incident, the psychological precursors to that, and ultimately underlying organisational deficiencies.

The result is a saving in time and effort, a deeper and more comprehensive analysis and a clearer understanding of the failures that must be addressed in order to make significant and lasting improvements in incident prevention.

The methodology can be supported by software that provides the means to collect and assemble the facts from the investigation and to manipulate them on screen into a graphical representation of the incident and its causes.